Or read the story in its entirety…

In which each hero receives the call to adventure.

Our heroes meet with their mysterious benefactor Alejandro Xaxalpa and are set on the tracks of children who seem to disappear shortly after receiving their Visitations. After some digging, they discover not only the location of the missing children but also a sinister shadow organization known as the Order of Divine Glory. This order turns out to be kidnapping Scion children, training them, and brainwashing them not only to be loyal to the Order. The dream team rescues each of the children and their teacher and sets them up temporarily in their warehouse HQ. A lone cyclops nearly finds them out — after dispatching him, they investigate his origins and find that he’s part of a Scion of Artemis’s biker gang. The dream team nearly gets into a confrontation with her, but it’s dispelled and they part ways more or less peacefully.

The dream team receives a mission from Alejandro: protect the hip-hop artist Ja-Cuze! from the vicious gang known as the Comemierdas and its powerful leader Tunante while she performs in a concert in Los Angeles. After taking a couple weeks to prepare and wait for her to arrive, they (along with Mike’s bandmates) fly to LA. Upon arrival, they meet the artist herself (who is welcoming, but doesn’t believe she needs protection) and book a venue for Absolute Illusion; meanwhile, Victor goes off on his own to try and take down Tunante. While Victor is subdued and hypnotized by Tunante to kidnap Ja-Cuze, Ja-Cuze herself is taken into police custody under false pretenses. The dream team breaks her out of custody and proceeds to investigate Tunante’s identity and location. When their search turns up fruitless, they return to the concert hall — only to face off against Victor. They manage to subdue him, but not before causing a lot of damage to the concert hall. Tensions rise and Harry tries to intimidate Ja-Cuze — this only makes her angrier and she kicks the entire dream team out of LA using magical compulsion. Victor proves unaffected and sticks around, offering to finish the job. Ja-Cuze accepts, and together they slay Tunante. Meanwhile, the rest of the dream team arrives home just in time to rescue a young woman being pursued by a pack of bouda. When they bring her back to the warehouse they find their divine parents — and a few other esteemed guests — waiting there for them. There the gods give them a single order: Find out more about the Order of Divine Glory. To aid their quest they’re given a taste of ambrosia and some new gifts.

The dream team begins their quest by questioning their damsel in distress, Hayden Bronson. After they receive little to go on, the team proceeds to do their own thing. Harry participates in the Winter Olympics in Sochi and nearly wins gold for USA in speedskating… except a bukavac interrupts the competition and proceeds to wreak havok. The dream team dispatches it (and its parents), drawing a lot of mortal attention (and cameras) to their divine powers. After somewhat successfully sneaking out of Russia, they return home to an angry Alejandro… and a neglected Hayden having committed suicide. Left shiftless and with a lot of attention, the dream team proceeds to try to lead their lives as normally as they can…

The dream team are hunted down and tranqed by their old associate, Jan. They awaken in an Order of Divine Glory facility by Angela, Sofia, Lance, and Brendan and are told that they were held captive for 10 years, through a worldwide apocalypse that destroyed most of civilization — and that the gods had just up and disappeared right at the beginning of it all. After escaping and destroying the facility behind them, the dream team fly on the backs of pegasi to the homestead of those who survived the apocalypse, including a new member, a Scion of Mokosh named Dovilė. They then proceed to pack up so as to leave their home before the Order can pursue them. Unfortunately, they encounter massive twin tornadoes that destroy their bus and are forced to take an underground passage. There Lisa’s children are mysteriously kidnapped by goblins. The dream team (with some help) pursues the goblins, only to be led into a trap — a mad Scion traps them in a dream world of her making, wherein they have to face their nightmares. After navigating through the dream world, they manage to break free (freeing the dream gods Morpheus, Phantasos, and Phobetor in the process) and rescue not only Lisa’s children but children from Bakersfield. On their way out, they encounter a group of Templars and Sasha Petrov, Dovilė’s long lost brother. They are then escorted to Bakersfield alongside the rescued children.

While the dream team and survivors arrive in Bakersfield and await processing, Victor and Harry get into an argument that nearly comes to blows. After they chase each other up and down Bakersfield (causing a lot of destruction in the process), Victor gets fed up and leaves Bakersfield entirely. After that, the rest of the dream team and survivors band together to clean up the mess. Proving to Derrick, the leader of the Knights Templar group in charge of Bakersfield, that they can in fact be upstanding citizens, they receive housing and attempt to settle into life in the city. However, things aren’t quiet for long — Harry dies and Malif is exiled, and the remaining members soon discover where the gods could be located and how to free them. They also get caught up in the city’s convoluted politics, destabilizing the very tenuous balance between the major gangs and the Templars. Moreover, they uncover and kill two Disciples of Sin who had infiltrated the city and wove a plot to make the Templars fall out of favor with the citizens of Bakersfield — but not long after that a messenger from the other Disciples nearby provides an ultimatum: either the citizens of Bakersfield turn over the Templars and Scions or they will be taken by force. Meanwhile, Angela spends most of her time trying to uncover the intel she got on her hard drive from the Order of Divine Glory facility. The intel implies that the Order of Divine Glory is in charge of both the Knights Templar and the Disciples and is maneuvering them like chess pieces — and that all the cities remaining in the world will be wiped out in just three years. After revealing this information to Derrick, he enters Conviction Extremity and takes on the visage of an avenging angel, attempting to wipe the dream team and the survivors out entirely. He’s talked down, but at great cost. Not long after, the siege begins — bringing with it Victor and a couple of new members, Ken and Bear. After a week and a half of pitched fighting, the Bakersfieldians win, driving back their enemies. The dream team and survivors stick around to help the Bakersfieldians rebuild, and then set off to LA to begin their quest to rescue the gods.

While Team Tír Na Marbh (consisted of Brendan, Moe, Sofia, Carmen, Summer, and Shawn) started immediately on their journey, our heroes headed off to Los Angeles to pick up the pegasi for Team Duat (consisted of Aida, Angela, Susan, Oskar, and Derrick). There they were treated to the hospitality of the Queen of Fallen Angels and met with the other protectors of Los Angeles. Once they had found what they’d come for, they decided to continue their quest for the gods instead of stay to build their legend in Los Angeles as per Alejandra’s generous offer. They proceeded onward to Russia by way of the Bering Strait, where they encountered and overcame many challenges (including a very suspicious ice bridge from Alaska to Russia). After a couple weeks of travel the Children of the Lost Gods made their way into Peklo, only to find it almost completely empty. On their search they encountered the 777-eyed guardian Stergti who had a soul-powered contraption grafted to his head that controlled him remotely — a contraption built by who Lena revealed to be Tsar Afon, her adoptive father and ruler of the Midnight Kingdom, whom she’d fled because he was trying to marry her. They disabled it and had a newly-restored Stergti take them to the Day Kingdom in the Thrice-Nine Lands, wherein they met Ban Zoric, the Day Kingdom’s beleaguered military leader, and learned that the entire realm was being slowly overcome by Svarog. Ban Zoric hosted them while they gathered intel and proceeded to create a plan of action. From there they drove to the Midnight Kingdom under the pretense of returning Lena to Tsar Afon; the Tsar welcomed them all warmly into his home. As they rested in their rooms, Dovile, Sasha, and Bear sneaked out to the catacombs where the main soul power source resided, guarded by a brain-controlled Smert, the Slavic grim reaper. While being attacked by Smert, they successfully managed to destroy the soul crystal, releasing the souls of the Slavic dead unto the cosmos and rendering all of Tsar Afon’s crafts useless in one fell swoop. It was then that stars began to fall from the sky — the Slavic gods, restored anew to their old selves. However, the Thrice-Nine Lands also began to be utterly overcome by Svarog’s crafts. The Children of the Lost Gods proceeded from there to retrieve the Slavic Gods and then build a magical aircraft that would get them and as many citizens of the Thrice-Nine Lands back to the World as possible. They were unable to fill the aircraft entirely before they ran out of time; however, they did manage to rescue the Slavic Gods, Ban Zoric, and several thousand Day Kingdom residents. With a great force of combined wills, Ken opened the way back to the World for them.

The Children of the Lost Gods returned to Bakersfield, where they rested, licking their wounds and recovering from their yearlong adventure in Peklo and the Thrice-Nine Lands. While they rested, the other Teams returned safely, bringing with them Tuatha de Denaan and the Netjer; and later they sent out a third team to collaborate with Alejandra to rescue the Teotl. During this time they got to know the returned gods, caught up with their returned fellows, gained intel from Wrath and Gluttony, and came up with a plan of action to put a halt to Panaretos’s plans once and for all. They arranged a meeting with Pride, in Baltimore, so that they might free her of Panaretos’s influence.

100. Offer Me That Deathless Death

101. To Infinity and Beyond

Though this tale has long since come to a close, you can join us in continuing to explore the New World with Fate-Touched! 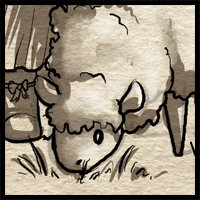 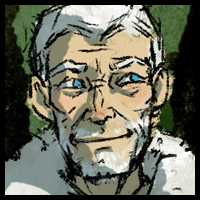 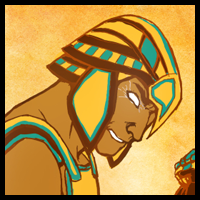 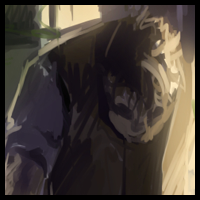 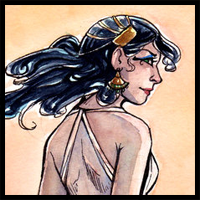 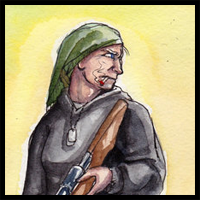 “Doville and Sasha” by elmenora 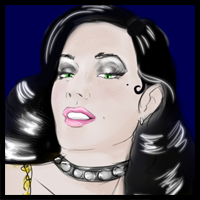 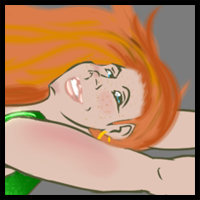 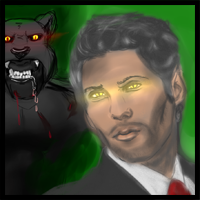 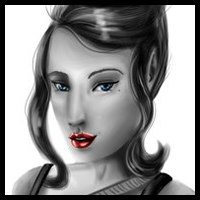 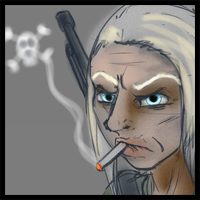 Continue Exploring the New World With Us…