The Teotl goddess of love, sexuality, and childbearing 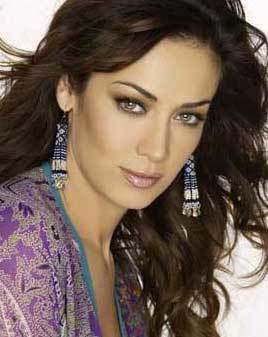 The indescribably beautiful Xochiquetzal is a jewel among the Teotl, the goddess of carefree and joyous love, sexuality and the joy of childbearing. A patron of womens’ skills and arts, particularly weaving, she is also the keeper of music, dance and artistic expression, freely sharing all her gifts to bring joy to mankind. She is the source of all beautiful things from the earth, the grower of flowers and the most beloved of her pantheon. No man can resist her beauty and no god look on her without love; she embodies both wholeheartedly and as effortlessly as the butterflies that are her symbol.

It happened that there was once a virtuous man named Yappan who determined that he would refuse all earthly pleasures and dedicate his life only to worship; the gods were so impressed that he refused all delicious food and drink and did not look at even the most beautiful of women that they discussed him among themselves, amazed by his fortitude. Overhearing this, however, Xochiquetzal was offended by their assumption that no beauty could overcome Yappan’s self-control; though the gods immediately apologized and confirmed that she was truly the most beautiful of goddesses, she turned away from them and went down to the world to prove it herself. Upon arriving at the great pillar of stone that Yappan sat atop, she told him that the gods were impressed by him and would invite him to live with them; however, the pillar was too difficult for her to climb, so he descended in order to carry her up to the top. The moment he touched her, he was overcome by her beauty and allure and instead made love to her despite his vow. Disappointed, the gods destroyed him and turned his remains into a scorpion, and agreed with Xochiquetzal that surely it must be impossible for anyone to resist her.

Though Xochiquetzal was married to Tlaloc, the hideous god of the earth and heavens, Tezcatlipoca lusted after her and determined to carry her off. Whether he stole her away or convinced her with his charms is a mystery, but one night she disappeared from Tlaloc’s home, spirited away by the god of night, and her husband’s rage and grief was so great that he destroyed the world in his sorrow.