The Bogovi god of the Underworld, grain, and illusion 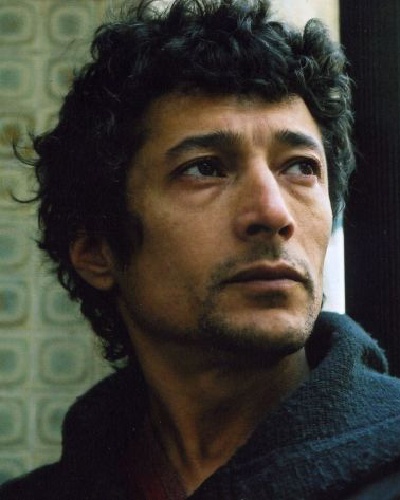 The king of the Underworld is a lordly and well-respected figure among the Bogovi, who know that without him there would surely be chaos among the dead. As ruler of the deceased, he has sole sovereignty over the wide fields of the Underworld, and the living believed that not only did he receive them at death but that he preserved them in life, helping the all-important grain and fruits of the earth grow to feed them. He is especially fond of cattle as well, which are his sacred animal and which he protects from harm. Veles is also an accomplished shapeshifter and illusionist, able to fool even the most discerning of gods and taking a wide array of shapes as various creatures, monsters or men; this, along with his command over the eldritch powers of fate, made him such a legendary magician in his time that his very name became the Slavic word for sorcerer.

Veles tended the lush, moist fields of the underworld for many years, growing the incomparably delicious food of the dead and guarding his borders against any invaders, while in the meantime humanity starved in their caves and had to survive only on what meat they could catch. One day, a human youth decided to set out for the land of Veles, which he had heard many tales of, in order to bring back food for his people. Seeing that the boy was intent on theft, Veles complained to Svarozhich, who ordered that the young man be punished for his hubris; the gods caused him to age a year every day, becoming haggard and withered, but still he continued on, determined to find Veles’ bounty. Seeing that he was determined to help his people, the Sudice took pity on the boy, secretly aiding him to overcome obstacles, avoid dangers and regain his youth along his quest, until he finally reached the border of Veles’ country and beheld a magnificent golden plant. The boy stole several sheafs of the plant and journeyed home to his people to share it; Veles was furious at this defiance, but as Svarozhich had decreed that the gods could not directly interact with humanity, he was forced to merely move the wondrous plant within the borders of the realm of death and place a three-headed wolf to guard it so that no mortal could ever touch it again. The people who had received Veles’ golden grain planted, cooked and learned to love it, and their gratitude over his gift of wheat eventually calmed his irritation.

Veles and his wife Zhiva had three sons, the boisterous Porevit, Porenut and Rugievit; they were hot-blooded young warrior gods and chafed to be allowed to ride into battle. In order to keep them under control, Veles enlisted the aid of the Simargl, the great bird formed from the bodies of the gods Sim and Rygl, asking it to watch over his sons while he was busy with the business of the underworld. The three young gods pretended to be polite and well-behaved when their parents were nearby, but when left to their own devices ridiculed, played tricks on and injured the Simargl mercilessly. The great bird bore this patiently until the day that the three gods officially became men; the Simargl departed to rest after its long efforts, and the three brothers took advantage of its absence to sneak down to the world to test out their new weapons as full gods of war. They slew man, beast and every living thing in their path as well as gleefully uprooting the very plants and earth around them, cutting a swath through the world as they went. Realizing that there was some kind of disturbance going on, the Simargl flew down to earth and realized that its three charges were wreaking havoc; furious at their misbehavior, it dove and attacked them, threatening to kill them for their sins. Veles heard the cries of his sons and rallied the gods to go rescue them, but they were only able to pull the youngest son Porevit out of her clutches in time; the others survived, but were permanently disfigured by the bird’s wrath.

Veles immediately took the Simargl before the court of the gods and demanded that it be punished for attacking his children. It was decided that, though the actions of the three brothers had been wrong, the Simargl could not be excused for attacking them; it was then ruled that the Simargl would become the exclusive herald of the gods, carrying their messages and guiding their visitors whenever they needed, and that the god of remembrance, Pereplut, would fix the horrible memory of her attack on the young gods so that none of the other Bogovi would ever forget it.

Veles and His Sons

Though Veles loved his sons, he saw that they were contentious and fought amongst themselves when deprived of any battle to distract them, and decided to curtail their behavior before it got out of hand. Each day, he sent two of the brothers off to hunt together but kept the third at home, while he disguised himself as such fantastic creatures as a giant eagle, a mighty auroch and a stag with magnificent antlers to tempt the hunters. Each day, the hunters found themselves unable to catch or kill the creature, and each day they bemoaned the fact that whichever brother had been left at home would surely have had the skills to help them succeed. Each day, Veles mocked and scolded them for coming home empty-handed, teasing them with their failure as gods of mayhem. He increased his trickery more and more, causing his sons to be lured deep into the woods to be mocked and stolen from by forest nymphs, and eventually he could not contain his mirth any longer and doubled over laughing when they returned shame-faced again. Realizing that their father had been mercilessly pranking them to make a point, the brothers made up and promised that they would work together henceforth.

Though Veles was not strictly Perun’s enemy, the two shared a rivalry over Mokosh, the earth goddess, who was Perun’s wife but who often shared Veles’ bed as his lover. When Mokosh became pregnant and bore a son, Perun was overjoyed, but Veles, believing that there was an equal chance the baby might be his, sneaked into their home in the dead of night and stole the child away to the Underworld. There Veles and Zhiva raised the boy as foster-parents until he grew into the god Jarilo, a beautiful, youthful expression of springtime; seeing that he was not truly happy spending all his time in the Underworld, Veles allowed him to return to the homes of the other gods. He could not quite prevent himself from continuing to irritate Perun, however, and from then on Veles made a point of occasionally sneaking into the thunder-god’s house to steal small trinkets from him, visit his foster-son or make love to his wife before fleeing gleefully back to the underworld.