The Aesir god of thunder and lightning 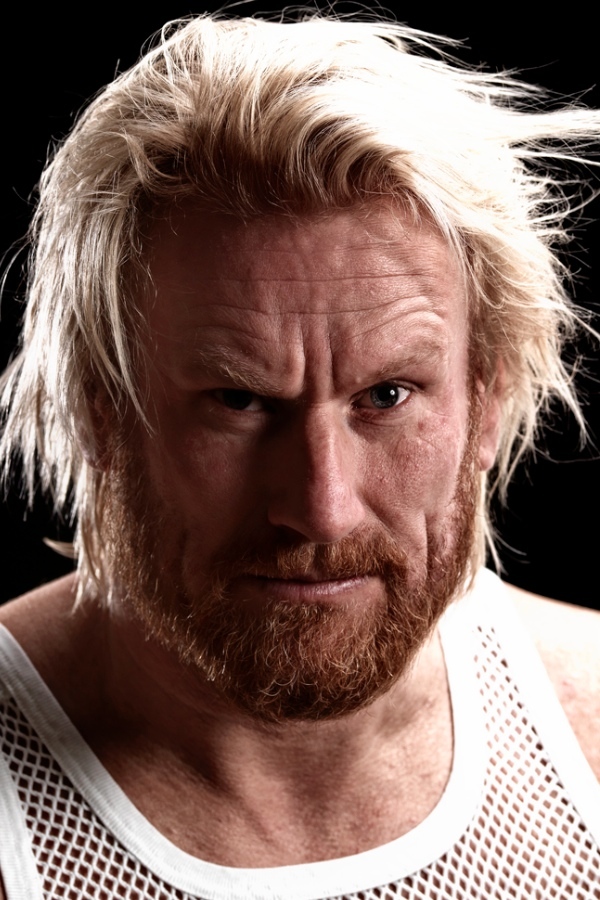 Possibly the most recognizable of all the Aesir, Thor is the god of thunder and lightning, a force of unbridled fury as well as a figure of great jollity. He is the quintessential Viking, brave and undefeatable on the battlefield, inexhaustible in the bedroom and jovial over a few cups of mead. He serves as Odin’s right-hand man and is called upon by the Aesir whenever an undesirable needs to be removed or destroyed. Carrying the legendary hammer Mjollnir, riding across the skies in his goat-drawn chariot (often accompanied by Loki, his frequent companion), he is larger than life in every possible way.

A dwarf named Alviss once presented himself at Thor’s hall, claiming that Thor’s daughter, the wilful and beautiful Thrud, had promised to marry him. Thor did not wish his daughter to be married to a dwarf, so he devised a plan to stop the wedding; he told Alviss that since he was a dwarf he would have to prove his wisdom in a series of tests, and asked him riddles and questions that required great wisdom to answer. Alviss was wise enough to answer the questions, but Thor continued to ask them for so long that the sun rose. Alviss, being a dwarf, was turned to stone when the sun’s rays touched him, and Thrud remained unmarried.

Seeking to force the Aesir to give him the hand of the beautiful goddess Freya in marriage, the giant Thrym stole Thor’s hammer Mjollnir and held it in his hall, refusing to return it until he was given his bride. Though Thor and Loki together tried to persuade her, Freya refused vehemently to have anything to do with the giant; Heimdall suggested that Thor should wear a wedding dress and pretend to be Freya in order to get close enough to retrieve his hammer. Thor refused to do such a humiliating thing, but after Loki pointed out that Mjollnir’s power would allow the giants to attack Asgard, he was forced to relent and outfit himself in one of Freya’s gowns. Thor was not very womanly, however, and Loki was forced to make up several stories to explain his strange behavior; he told Thrym that his new bride ate and drank so much because she had starved for eight days and nights in anticipation of their wedding, and that her eyes gleamed like flames because she had not slept for the same amount of time. Fooled, Thrym brought the hammer out to present to his new bride, and Thor seized it and killed every giant in the hall.

When he visited the hall of the giant Utgarde-Loki along with Loki, Thor was required to prove his prowess in order to be allowed to remain and dine with the giant. First, Thor claimed that his servant Thjalfi was the fastest man in the world, but he lost to Utgarde-Loki’s servant in a footrace; the servant turned out to be Thought, which no man can outrun. Then the giant mockingly challenged Thor to lift his cat off the ground, but though Thor puffed and panted, he could do no more than lift one of the cat’s paws off the ground; the cat turned out to be a mere illusion, and it was Jormungandr itself that Thor had been trying to lift. Undaunted, Thor accepted the giant’s challenge to a drinking contest, but he could not empty the horn of mead he was given to drink, which turned out to be connected to the ocean; Thor drank so much of it that he caused the tides to change. Finally, Utgarde-Loki challenged Thor to wrestle an old woman named Elli, but try as he might he could only bend her to one knee; she was old age, who could never be defeated by anyone. Thor and Loki left, humiliated, but Utgarde-Loki revealed the illusions and applauded Thor’s prodigious strength in performing even a fraction of the impossible tasks set before him.

Thor determined one day to set out and slay the evil Midgard serpent, Jormungandr, and took with him the giant Hymir as his assistant. He used his best fattened ox as bait and rowed his boat to the middle of the ocean before lowering his line; no sooner had he done so than a great heave came over the line, and Thor’s mighty strength as he fought against the serpent was so great that his feet pushed right through the bottom of the boat until he was bracing himself against the ocean floor as he strained. He pulled Jormungandr’s head to the surface, reveling in the fearsome sight of the loathsome, poison-dripping monster, but just as he hauled it in close enough to kill it, Hymir, terrified for his life, cut the line and allowed the serpent to subside back to the bottom of the ocean. Thor was so enraged that he knocked Hymir overboard and waded back to shore alone.

It is foretold that Thor will fight Jormungandr at the final battle of Ragnarok; their struggle will be fierce and rage across all of Midgard and the sky, which Jormungandr will poison with his awful venom. Thor will finally manage to slay the beast, but the serpent’s poison will take its toll on him as well; he will only be able to walk nine paces before he falls to the ground, dead.