The Bogovi god of order, law, the sun, the sky, and the earth 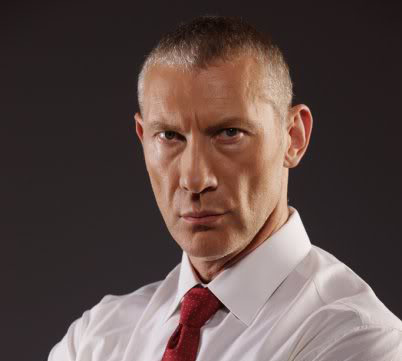 I cannot condone this sort of frivolity.

Svarozhich is the uncontested leader of the Bogovi, the god who manages their unruly divinities and keeps the pantheon united under his leadership and that of his appointed deputies, the four Divine Kings. A ceaseless and tireless warrior, Svarozhich drives the chariot of the sun across the world each day, keeping it lit and protecting it against the depredations of the forces of chaos and destruction; as well as being the god of the heavenly fire of the sun, he is also the god of its earthly twin below, letting the chariot rest for the night to oversee the flames of the earth when they keep mankind warm during the night. Though Svarozhich is stern and his laws absolute, he is not in truth any less vibrant than the rest of his pantheon; his occasional moments of compassion and even missteps are proof enough of that, and those who underestimate his craftiness do so at their peril.

Svarozhich and the Creation of the World

Svarozhich was the first god created by Svarog at the beginning of the world, and it was to him that the shaping and business of setting it in order was left when his ancient father returned to sleep. He first carefully laid Svarog to rest inside the shining egg of the sun, which he kept in his chariot to carry across the sky for safekeeping, and then set about taming the magnificent golden-maned celestial horse, which grazed sedately in the heavens and would allow no living thing near it except for a watchful rooster that alerted it to danger. Using his many eyes to always watch every side of the creatures, he sneaked up on them by always remaining on the side that the rooster’s and horse’s eyes were closed, until he was close enough to catch and tame the horse for his own. Now able to travel the new world and see all corners of it, he discovered that it was in disarray and chaos, and in order to help provide it order he created the four points of the compass to divide the lands and the progression of time to keep the past and present separated. Everything else in the world he fashioned from the burning dung of the celestial horse, and lastly he created the rest of the Bogovi, to aid him and his brother Dazhbog in administering the world.

Of all the dangerous demons of the world, Svarozhich’s greatest enemy was Chmarnik, a terrible three-headed dragon of clouds and chaos that attempted to assault him and steal the egg containing Svarog from his chariot. Every few days, Chmarnik would attempt to attack Svarozhich as he drove into the sky for the day, causing a cloudy, red-streaked dawn; the two then fought a massive battle, with Svarozhich slowly lopping off the dragon’s heads while it tore fiercely at him and poisoned him with its terrible teeth and claws. Eventually Svarozhich is always able to triumph with the help of his horse, but he is always badly wounded and near death, and must immediately drink the dew of the Milky Way to heal his wounds. Chmarnik, too, always survives the battle and slowly broods beneath the horizon, waiting for his chance to once more assault the sun-god as soon as he is at full strength again.

It happened that Dazhbog fell in love with the beautiful goddess Lada, but her father, the dreadful Tsar Mora of the sea, refused to part with her and rebuffed his attempt to ask for her hand. Desperate to win his love, Dazhbog came to his brother Svarozhich and begged for help; Svarozhich devised a plan for him, and the two strew a nearby beach with treasures, beautiful clothes and shoes. When Lada was lured up on the shore to see all the finery, Svarozhich, who had been hiding nearby, instantly leaped out and kidnapped her, fleeing ahead of the angry ocean in his flaming chariot. He handed her over to his brother and blessed the marriage, and henceforth Lada remained with the gods.

Though Svarozhich had aided in the creation of humanity, providing souls for the bodies that Mokosh brought to life, he knew that mortal man could not prosper with the divine interference of the gods and believed that the gifts of the immortal deities would be too much for them to handle. He decreed that no god should meddle with humanity, but soon found that all the gods had done so, teaching humanity the arts of prophecy and weaving, farming and husbandry, art and music, and that the goddess Mokosh had even had a son with a mortal man. Furious at this defiance of the natural order, Svarozhich punished the gods severely and repeated his edict; no god was ever again allowed to interfere with humanity’s development, and as for the mortals themselves, he decreed an end to the carefree age of their youth and condemned them to henceforth live the uncomfortable lives of imperfect mankind.

In his travels across the world, Svarozhich happened to spy a mortal maiden named Pizamar who was exceptionally beautiful and pure. Every day he passed over her in his burning chariot, and the more he saw her, the more he fell deeply in love. Since it was by his own law that the gods were forbidden to meddle with mortals, however, he could not approach her; desperate to be with her, he resorted to shapechanging himself into various forms, including breezes, sunbeams and showers, in order to make love to her. Each day he visited her and made her pregnant, but each night he caused her to lose her pregnancy, as he could not allow an illegal hybrid to be born. Pizamar, who did not know the identity of her lover, became deeply depressed over the situation and attempted to kill herself, but Svarozhich prevailed upon the Sudice to make it her fate to continue living.

This unhappy state of affairs continued for some time until the moon goddess, Chors, realized what was happening and came to him to secretly beg him to stop tormenting Pizamar. She suggested that he turn the girl into a goddess herself so that it would not longer be forbidden to take her as a lover; realizing that this would solve all his problems, Svarozhich agreed and recruited Chors to help him. He seduced the goddess Podaga to distract her while Chors stole her mead of immortality, and then abandoned her as soon as the deed was done; once Pizamar had drunk the mead and become divine, he ordered Morena to erase her handprint from the wall of the Underworld, thus ensuring that death would never find her. Pizamar became the only mortal to become a goddess, fulfilling the role of beautiful patron goddess of music and the arts.

Svarozhich had gone to a lot of trouble to make Pizamar a goddess and ensure that his affair with her would become legal, but once he had done so, his interest in her waned and he gradually stopped visiting her, leaving her to her own devices. Because Pizamar had once been human, she often visited the world of mortal men and there fell in love with a handsome young minstrel boy named Igric, who she visited disguised as a mortal shepherdess. Svarozhich was tolerant of the situation while it looked like she was only flirting with the boy, but when he realized that she had actually fallen in love with the human, he was seized with jealousy. He called upon Veles and Morena to test how much oil remained in Igric’s lamp, and was overjoyed to find that the mortal boy was destined to die soon; he immediately went to Pizamar and taunted her with the knowledge, seeking to make her realize how foolish she had been to love a mortal instead of him. Pizamar was horrified at the idea that Igric would soon die, and with the help of Mokosh sneaked into the underworld and refilled Igric’s lamp to the brim with oil, ensuring that his life would continue for many long years. She was caught on the way out by the guardians of the underworld, however; stung that she would continue to choose a mortal in defiance of him, Svarozhich punished her by making her invisible and inaudible to all mortals, causing her to spend the rest of Igric’s life pining for him as she sat unseen beside him.