The Bogovi god of frigid winds 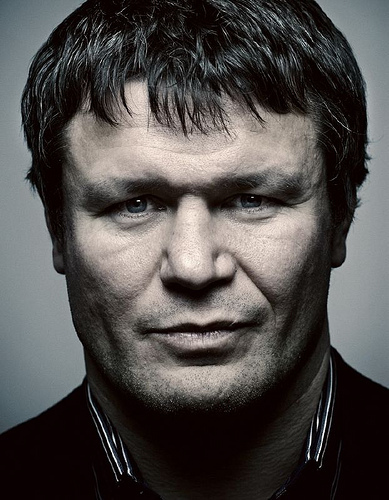 The Grandfather of All Winds is not a particularly pleasant god to be around; he is forbidding and remote, bad-tempered and unsociable, as icily unapproachable as the frozen wastes that are his domain. The lord of the winds and the freezing cold they bring with them, he is also the foremost watchman of the gods, seeing to it that none of Svarozhich’s commands are disobeyed. He is not overtly cruel, but he is utterly neutral when it comes to these things; the god of the deepest, unthawing freeze has little compassion for those he reports, nor much compassion for those caught out in his chilling winds without protection.

Stribog fell in love with the moon-goddess Chors, smitten by her beauty and grace, but she only had eyes for the much more handsome Radegast and never even noticed him. Frustrated by his inability to interest her and knowing she would never find him attractive, Stribog sneaked into Radegast’s throne-room one day and stole his cloak of glimmering stars. He waited until Chors retired and then wrapped himself in the cloak, appearing in her room; believing that Radegast had come to her, Chors glady made love with him and the two conceived a daughter. When Radegast discovered the theft, however, he had Stribog brought before Svarozhich for justice, and it was ruled that Stribog would be punished by having his new child taken from him. The baby girl was uncreated by Svarozhich, and Chors refused ever to speak to or look on Stribog again.

Though Stribog faithfully fulfilled his duties to the gods, humanity took no notice of him and instead loved Perun for his powers over spring and the mighty elements. Stribog seethed quietly with jealousy for some time, but when he discovered that Mokosh, too, had gained a strong cult following in her honor, he could no longer contain himself. He discovered that she had borne a son with a mortal, and immediately went to Svarozhich with the news; Mokosh was brought to trial, and though her son was not executed as Stribog requested, she was reprimanded strongly enough to mollify him.

Before humanity had learned how to use the element of fire, Svarozhich gave Stribog the task of watching over the entire world and blowing out any fires that started before humanity could learn about them or be threatened by them. He did so diligently until one day an especially roaring fire sprang up right in the middle of a mortal settlement; he was about to blow it out when Perun hurried toward him and begged him to overlook the fire, pointing out how small it was, how grateful the people were to have it and how it was certain to burn itself out in short order. Stribog agreed that there would probably be no harm in allowing it this once, but soon thereafter humans had learned the secrets of using fire and the gods were furious over the situation. Perun was taken to trial, but Stribog was afraid to admit that he had failed in his duty and kept quiet; his lack of testimony caused Perun to escape relatively unpunished.