The ruler of Duat and Netjer god of the dead 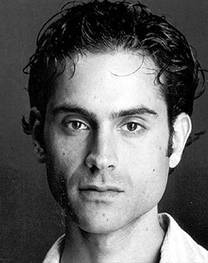 The King of the Living rules over Duat, the underworld, where the blessed dead who were worthy in life receive a new and more glorious life under his auspices. Osiris is the law of the underworld, and only those who survive the gruelling trials and are judged to have worth ever come within his domain. He is also, paradoxically, a god of fertility, vegetation and the harvesting of the earth, his very half-resurrected existence symbolic of the constant death and resurrection of the plant life upon which humanity depends. So beloved was he by his people that the story of his death and eternal parting from the world was re-enacted again and again in festivals every year for millennia.

The Passion of Osiris

Osiris was the king of all the gods, a vital being of life and authority who must be obeyed in all things. His brother, Set, was jealous of his power and built an incredibly beautiful sarcophagus, which he tailored to exactly Osiris’ measurements. Set threw a party and offered the sarcophagus as a prize to anyone who fit in it perfectly, but none who tried it did; finally, after the other guests had left, Set offered the sarcophagus to Osiris to try. As soon as his brother entered the box, Set slammed it closed and sealed it with lead, and he threw it into the Nile.

When Osiris’ wife, Isis, discovered that he was missing, she scoured the earth until she found the sarcophagus, but it was too late; Osiris was already dead. She went away to mourn, and when she did so Set happened upon the sarcophagus and saw that Osiris had been found. Enraged, he tore the body into fourteen pieces which he scattered to the winds; when Isis returned, she had to find all fourteen pieces in order to attempt to reconstruct her husband. She found all but the phallus, which had been eaten by a fish; determined to give Osiris life again, she fashioned a replacement phallus out of gold and cast complex magical spells to bring him to life again.

Isis’ magics were powerful and Osiris awoke again, but because he was missing his phallus he could no longer return fully to life, and as he was dead and imperfect he could no longer rule over the other gods. Horus and Set divided up his kingdom and he was relegated to Duat, where he became sovereign over the dead.