The Kami goddess of the Underworld 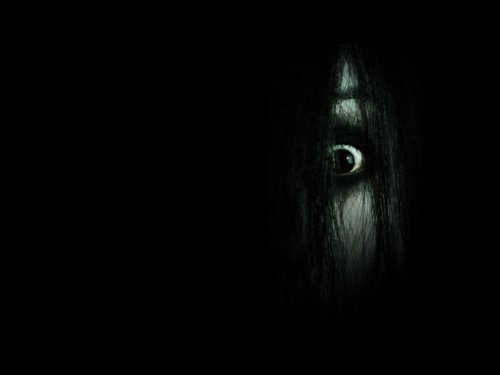 The Queen of Yomi is a terrifying and tragic figure, a rotting reminder of the inevitable death that awaits all living things. Once a carefree and loving goddess of creation and life, she is now the goddess of death and of the impenetrable darkness, and she rules her joyless underworld realm with no compassion or hesitation. Despite her gruesome appearance and horrible domain, she is nevertheless treated with the greatest respect by the other Kami; after all, with a very few exceptions, she is the mother of all the other gods.

Izanami and Izanagi were happily married, and after they had given birth to the islands of Japan they further created together all the gods of heaven. One day, however, Izanami brought forth the fire god Kagutsuchi in childbirth, and his fierce flames and violent nature were such that she was mortally wounded giving birth to him. With her dying breath she delivered the other child in her womb, the water god Mizuhame, and then expired of her greivous burns. Furious and grieving, Izanagi immediately struck off Kagutsuchi’s head and threw his body from heaven for the crime of having taken his wife from him.

Izanagi was afflicted with terrible sorrow and grieved so sorely that he could not concentrate on anything else; eventually, he decided that he would descend immediately to Yomi to retrieve his wife. The journey downward was long and perilous, and the darkness became more and more frightening, but he persevered until he found her in the deepest, darkest room of the underworld. He could not see her in the darkness but embraced her, begging her to return to the world above with him; in a sorrowful voice she told him that she could not, as she had already been tricked into eating the food of the underworld and could never leave it again. He refused to leave her behind, and finally, when she had fallen asleep, exhausted, made a makeshift torch out of his comb and set it ablaze. The light allowed him to see that Izanami, once the most beautiful of goddesses, was now a horrible, rotting creature, infested with maggots and hideous to behold. Shocked and disgusted, he cried out and immediately fled the underworld; Izanami awoke and, realizing what had happened, chased him, crying in rage and shame that he had looked upon her when she had asked him not to. He was faster than she and escaped to the world above, shoving a huge rock into the mouth of the opening to prevent her from following him.

Izanagi never returned again; when, in her anger, Izanami cried that she would cause a thousand of the humans he had created to die each day for the pain he had caused her, he retorted that he would half again as many to be born each day, and departed forever.