The Aesir goddess of the underworld 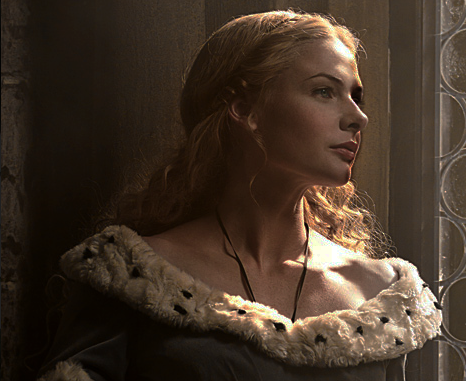 Half-dead Hel is the ruler of Helheim, the barren, frozen underworld with which she shares her name. At turns ineffably beautiful and mortifyingly terrible, Hel brooks no argument within her realm and has no pity for the sorrows or pleas of the dead souls brought to it. For her, there is no end in sight; she is not destined to die in Ragnarok and will remain forever in her realm, shunned by the other Aesir for her frightening looks and for being the daughter of the infamous Loki, as cold as the ice of Niflheim around her. She bows to no law and recognizes no authority but her own.

When Hel was born, Frigg and the other prophets of Asgard foresaw that great disruptions and evils would occur if she and her siblings, the worm Jormungandr and the wolf Fenrir, were allowed to grow up among the Aesir; the giant blood of their mother would push them toward evil, but it was the fact that Loki was their father that most concerned the gods. Odin decreed that all three children be brought before him; when they were, he threw Jormungandr into the seas, had Fenrir chained and muzzled, and hurled Hel down into the underworld, where he proclaimed that she would stay forever, bound to assist the dead.

When Baldur is killed by his brother, as foretold in the prophecies, he will go to Hel’s hall; there she will keep him, and will refuse all requests to release him. Even when his brother, Hermod, arrives with gifts and pleas from Frigg herself, Hel will refuse to let Baldur go unless every living thing in all the realms weeps for him; all of creation will do so, but Hel’s father, Loki, will not, and Baldur is forced to remain with her until Ragnarok ends.