The Theoi titan-goddess of crossroads and magic 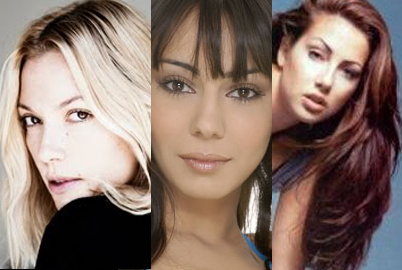 Only Fate knows, and where Fate leads I go.

Triple-headed Hecate is the witch-queen and goddess of crossroads, a keeper of the eldritch, the occult and the unknown. An ancient queen of the underworld, goddess of the moon and keeper of the dogs that both guard and frighten mankind, she is an enigmatic figure more remarkable for how much is not known about her than for how much is.

Hecate and the Titans

When the Titans led by Cronus rose up to destroy their progeny the gods, Hecate, one of the youngest of the Titans herself, came to Zeus and offered her pledge to aid him instead of her closer kin. Though he was hesitant and did not know what her motives might be, Zeus accepted, whereupon Hecate gave him all manner of information about the Titans as well as blessing the gods with good fortune and levying terrible curses upon their enemies. In gratitude for her surprising service, Zeus proclaimed that Hecate should keep all of her ancient domains in spite of any of the new gods who might wish to take them; therefore, she retains a small portion of sky, earth, ocean and underworld each for her own.

Though the priestess Iphigenia was sworn to Artemis, she was also a particular favorite of Hecate, who taunted her fellow moon-goddess with the knowledge that her own power was older and greater and that she could overcome her if she so chose. Stung by her barbs and unable to argue with her points, Artemis refused to intervene when Iphigenia was killed, allowing her priestess to die in order to spite her rival. Seeing the strife between the two of them, Zeus ordered that they find a way to interact peacefully; from that time forward, each temple of Artemis included a small shrine to Hecate somewhere on its grounds.

When the Macedonian kings arrived to attack the great city of Byzantium, it was in danger of being sacked and destroyed before allies could arrive. Seeing this, Hecate lit up the night with her torches and caused every dog in the city to bark wildly and awaken the people, who were roused just in time to defend themselves from the invaders.

Because she dwelt in the Underworld as well as in the heavens, Hecate knew when Persephone was abducted by Hades and went at once to Demeter, who she consoled with sweet words and encouragements. When the mother-goddess refused to be comforted, she traveled to Hades to speak with Persephone, telling her of her mother’s distress. Though Persephone could not return (and some say that it was Hecate herself who counseled her to eat the pomegranate seeds), Hecate became her closest companion and messenger in the Underworld thereafter, easing Demeter’s mind somewhat by bearing her news of her daughter’s welfare.