The Theoi god of the Underworld and wealth 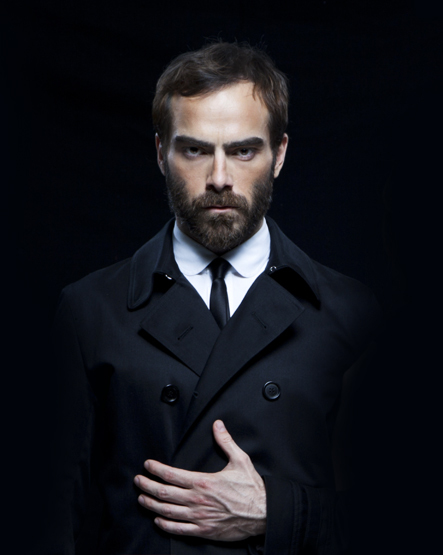 Another one. What is it you seek? The spirit of a loved one, perhaps? The countless gems of my realm? My dog? Whatever it is, I’ll not waste your time, nor you mine. My answer is no.

Hades is the undisputed lord of the underworld, the ruler of all the dead and one part of the ruling triumvirate of the Theoi along with his brothers, Poseidon and Zeus. Though he was feared by the ancient Greeks, who seldom dared even to say his name, he was also respected, and was the recipient of countless sacrifices and requests in his day. All the greatest heroes and villains of Greek mythology dwell in his realm, and while many have descended to his domain, an incredibly select few have ever been allowed to depart again. He is also the god of wealth, the ruler of all the underground earth and the precious jewels and metals that can be mined from it, and the richness of the great hall he shares with his wife, Persephone, is one of the least-seen wonders of the underworlds.

Hades and the Titans

After Hades and his siblings escaped from Cronus’ stomach, they fought the titans in the first Titanomachy, a colossal battle for control of the universe. Hades, wearing his dark helmet of invisibility, was largely responsible for the victory, as he sneaked over to the titan camp in the dead of night and destroyed all their weapons on the eve of battle.

Pirithous, a Thessalonian king and the son of the infamous Ixion, determined with his friend, the hero Theseus, that both of them would kidnap and marry a daughter of Zeus. Theseus chose the famed beauty Helen, but Pirithous set his sights on Persephone, Demeter’s lovely daughter. The two men descended into the realm of Hades, and there found the death god waiting for them, offering them cordial hospitality and laying out a feast for them. Thinking that he did not know of their plan, Pirithous and Theseus sat down to eat, whereupon huge serpents immediately coiled around their feet and anchored them in place. Though Theseus was later allowed to escape, Pirithous was trapped in the underworld forever, Hades’ revenge for his attempt to steal his bride.

Orpheus, the greatest musician to have ever lived, descended into Hades in search of his wife Eurydice, who had been bitten by a snake and killed on their wedding day. Hades initially refused, but Orpheus played such enchanting music that his heart was moved, and he allowed Orpheus to take Eurydice on the condition that he never look back at her as she followed him out of the underworld. Orpheus arrived almost at the upper world, but at the last moment he feared that Hades had tricked him and he looked back; Hades immediately reclaimed Eurydice and barred Orpheus from his realm forever, leaving the man destitute.