The Aesir god of fertility 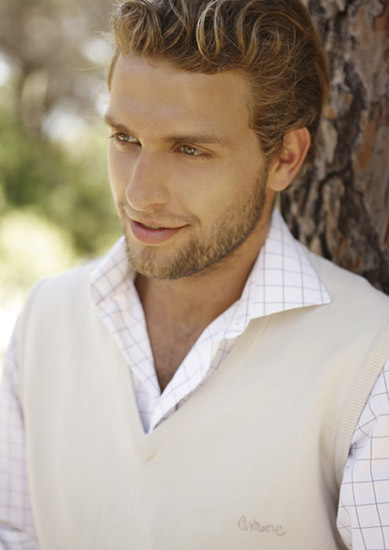 Freyr is a fertility god, the tender of the green growing things and lands and creatures that support men; he is the leader of all the elves and the ancestor of the kings of Sweden, and one of the mighty Vanir, called upon by his people for peace, pleasure and safety. He is known as a great warrior as well, and is one of the gods destined to partake in the violent battle of Ragnarok at the end of time.

One day while surveying his lands, Freyr saw in the distance a bright light; when he peered more closely, he saw that it was shining from a brightly-lit house, and that an incredibly beautiful woman was entering it. Her name was Gerd and she was a giantess; hopelessly in love, Freyr could do nothing but brood on his need for her, finally sending his servant Skirnir to beg her to hear his suit, fearing that he might die for want of her love if he did not. While Skirnir did so, he also took Freyr’s mighty sword with him for his own defense and lost it somewhere in the wildness of Jotunheim, and could not give it back to Freyr upon his return. Freyr, who received Gerd as his bride, was too elated to care about the loss of the sword, and fought and slew his enemies with an antler shortly thereafter, but its absence has tragic consequences; it is foretold that Freyr will fight Surtr, king of the fire giants, at Ragnarok, and because he does not have his sword he will be slain.