The Bogovi god of dawn, beauty, and youth 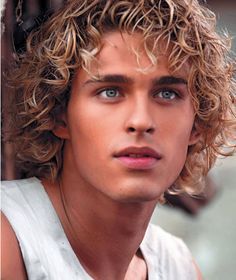 My little fish. My love. You seem so sad.

When confronted with the god of the dawn, beauty and youth, it is difficult to do anything but love Dazhbog, who along with Svarozhich was one of the first gods created to warm the world and make it livable. When not riding his splendid diamond chariot through the skies, Dazhbog provides the much-needed warmth of dawn to keep Svarozhich moving on his journeys and rules over the morning quarter as one of the four Divine Kings, lord of the east. Each day he slowly ages from a stripling at dawn until he dies at dusk as an old man, but he is reborn every morning, a symbol of eternally-renewing youth ready to rise again and carry on.

On one of his many journeys across the morning sky, Dazhbog happened to spy the spring-goddess Lada, an incredibly beautiful maiden bathing and playing in the ocean. Smitten, he descended from the sky on a sunbeam and called upon the king of the sea, Tsar Mora, to come forth and grant him his daughter’s hand in marriage. Lada was the Tsar’s favorite daughter, however, and he was so enraged by Dazhbog’s attempt to steal her from him that he ordered the great horses of the sea to trample the sun-god unconscious. Dazhbog’s cries reached the ears of Svarog, who withdrew the rays of the sun to allow his son to escape, but Dazhbog remained obsessed with Lada and could not rest without her love.
Realizing that he could not win her on his own, he went to his brother Svarozhich to beg for help. Svarozhich counseled him to lay out a tempting array of jewelry and dresses along the shore of the sea; when Lada came ashore to try them on, Svarozhich seized her and fled in his own chariot to deliver her to Dazhbog. Tsar Mora raged and fumed at the loss of his daughter, but she was married to Dazhbog immediately and remained with the other Slavic gods, far beyond his reach.

Because he flew above the world each day, Dazhbog saw that humanity lived in uncomfortable and dank conditions, suffering from the whims of the weather or taking shelter in cold, stony caves. Seized by the desire to help them and thus encourage them to worship him, Dazhbog descended to earth and taught them how to create homes and build houses, giving them the beginning building blocks of civilization.