The Theoi god of healing, light, and poetry 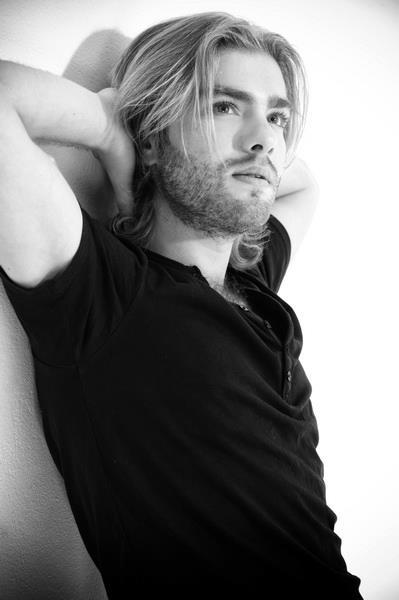 The sun god of brightness, healing and clearness of mind, Apollo is one of the most beloved of the Theoi, the god of medicine and the arts and leader of the Muses as well as being the keeper of the shining sun. He is the creator of poetry and the chief god of prophecy, long ago being worshiped at many shrines and temples where he would gift his priests and priestesses with oracular visions. Like his sister, Artemis, Apollo is an accomplished marksman and athlete, though he prefers the pursuits of leisure games and activities rather than hunting, pastimes that allow him to enjoy and showcase his perfect beauty.

After Apollo and Artemis had been born, Hera, still seeking revenge for Zeus’ affair with Leto, sent the dragon Python after her, ordering it to chase her to the ends of the earth and kill her. Apollo, determined to defend his mother, grew to adulthood as he chased the monster, finally cornering it at Delphi, where it lived, and killing it with the bow and arrows that Hephaestus had made for him. He remade Delphi as his own sacred temple and oracle, but Python had been a child of Gaia and a great-uncle to Apollo, so Zeus was forced to punish him for killing his kin; Apollo had to undergo a lengthy purifying ritual and to institute the Pythian Games in its honor, over which he eternally presides as judge.

Apollo’s first son, Asclepius, was a gifted god of healing, surpassing even his father in skill; when Artemis’ disciple Hippolytus was killed, Asclepius healed him so skilfully that he rose from the dead. Zeus immediately struck them both down for trespassing against the natural order of things and stealing one of Hades’ subjects. Furious and maddened with grief at the death of his son, Apollo in revenge killed Zeus’s sons, the Cyclopes, who had created the thunderbolt Zeus had used to kill Asclepius; Zeus was filled with wrath and would have thrown Apollo into Tartarus, but Leto begged for her son’s life and he was instead merely banished from Olympus for a year, forced to work as a shepherd in Thessaly.

Apollo’s son, Troilus, was one of the most beautiful of young men ever to walk the earth; it was prophesied that if he lived to be twenty years old, Troy could never fall. On the eve of his twentieth birthday, Achilles spied him and was overcome with lust for him, but when Troilus refused to become his lover, Achilles killed him on Apollo’s altar. Troy was thus doomed to fall, but Apollo gained his revenge by guiding Paris’ arrow to Achilles’ heel, killing the nigh-invulnerable murderer of his son.

Niobe, a beautiful queen of Thebes, boasted that she was a better woman than Leto, because she had fourteen children while Leto had only Apollo and Artemis. In revenge for her pride, Apollo and Artemis killed all of her fourteen children; Artemis killed the seven daughters with poisoned arrows, while Apollo murdered the sons as they were at play in athletic games. Niobe was so devastated that she turned to stone.

Apollo once mocked his nephew Eros, making fun of his bow and arrow, which he said were a man’s weapons being wielded by a boy. Eros shot him with an arrow of passion for the nymph Daphne, but he also shot Daphne with a leaden arrow, causing her to be violently repulsed by the idea of Apollo’s love. No matter how he tried to woo her, Apollo could not change Daphne’s mind, and finally she turned herself into the laurel tree as he chased her one day. Apollo, mourning, took some of the tree’s leaves and fashioned from them his laurel crown.

Apollo fell in love with the beautiful Spartan prince Hyacinthus, and the two became constant companions. The wind god Zephyrus, however, was jealous and wanted Apollo to love him instead, so when the two were throwing a discus one day he caused the wind to gust and drive Apollo’s discus into Hyacinthus’ head, killing him. Apollo was so filled with grief that he created the hyacinth flower from Hyacinthus’ blood; he refused to ever speak to Zephyrus again for his deed.

Apollo fell in love with Leucothea, a mortal princess; he regularly disguised himself as her mother to visit her chambers for clandestine trysts. Her sister Clytia, however, was intensely jealous and had fallen in love with Apollo as well, and wanted him for herself. In order to remove her sister, Clytia revealed the affair to their father, who had Leucothea buried alive for her transgressions. Clytia begged Apollo to love her in her sister’s place, but he scorned her for killing his lover and refused to touch her, causing her to wither and die until he turned her into a sunflower, whose face followed the sun with longing every day.

When the satyr god, Pan, claimed that his music was equal to Apollo’s, the sun god agreed to a contest. While Pan’s pipe music was very pleasing, it took only a second of Apollo putting his hands to his lyre for him to be ruled the winner. All the gods and mortals who had heard the competition agreed except for Midas, who was a follower of Pan; Apollo was so offended by his lack of musical taste that he turned his ears into those of a donkey to punish them for their lack of discernment.